As a competitive swimmer, Margaret Howes was one of New Zealand’s elite. She held numerous New Zealand and Australian records and is a Commonwealth Games Medalist.

Margaret was recognised at 2009 NZSCAT conference as the only swimming teacher in New Zealand to have more than one former pupil represent New Zealand on the 2008 Olympic Games Swimming team in addition to other former pupils who have represented NZ in other sports such as Rowing, Kayaking and Triathlon.

Margaret is most proud that the Swim School has taught many thousands of local children how to swim well. She values this as her greatest achievement.

Tanya joined Mairangi Swim School in 2003, teaching babies and preschoolers as well as working in the office.  In 2006, she became the Swim Schools Administration Manager, bringing a wealth of practical knowledge to the position.

Born and bred on the North Shore, Tanya has always enjoyed sport and the outdoors. Having passed her love of sport on to her two daughters, she spends most weekends supporting them in their sports.

Teaching swimming alongside her other professions, initially a PE teacher, and later as a recruitment consultant, Linda has been involved in all aspects of the sport of swimming.

One of the daughters of Margaret and Noel Howes, founders of the Mairangi Swim School, Linda competed for many years and held a national age group title.  She has coached, was club captain at the North Shore Swimming Club and has been involved in the administration of the sport both at regional and national levels.

Linda began teaching at the swim school in 1990, and has over 15 years’ swimming teaching experience both in NZ and England.  She holds a Diploma in Swimming Teaching and a Level One Coaching certificate.

She holds a Bachelor of Education, Diploma in Teaching and a Postgraduate Diploma in Business and Administration.


Finola has been a swim teacher for a year now and loves seeing the children's confidence and swimming ability improve over time. Finola teaches preschool and school aged children, and is currently in the process of completing her AUSTSwim; swim teacher qualification.

Finola grew up in and around the water, going on boating trips with the family, swimming on hot summer days and sailing once a week. As a child Finola had swimming lessons at Mairangi Swim School and loves having the opportunity to create a fun learning environment similar to the one she received.

In her free time Finola teaches sailing at a girls sailing group once a week and is studying at Massey University to become a Speech and Language Therapist. 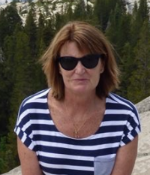 Anita's family have always loved the water. Her husband was a life guard at North Piha Surf Life Saving Club so having her son's learn to swim was a must!

Both Anita's sons were taught to swim at Mairangi Swim School and now her granddaughter is learning to swim here.

Anita joined the Mairangi Swim School team in 2005 and most days can be found overseeing the office duties.

Marian has taught at the Mairangi Swim School since 1993. Her expertise as a teacher was recognised by our national association NZSCAT (Swim Coaches and Teachers of New Zealand) in 2007 with the New Zealand Swim Teacher of the Year Award.

Marian’s interest in swimming teaching began as a 14 year old helping her father to teach children to swim, and from her experience as a competitive swimmer.  Marian is qualified to teach swimming to all age groups and abilities, and her specialty lies in teaching the Baby and Toddler, Preschooler and School age ranges.

Now that her two children are grown up, Marian enjoys spending much of her spare time enjoying various leisure pursuits.

Ludovic has been a swim teacher at Mairangi Swim School for almost a year now. He used to swim for North Shore Swimming Club, now he uses his swimming skills to teach other kids. Ludovic believes it is important to be a confident swimmer but to also have fun while learning.

Ludovic is currently in his last year at Auckland University doing a degree in Sociology and Criminology to later on join the police force. When he's not busy studying or working, Ludovic's one year old Labrador Ace and him are always going on adventures!

Clow is a former competitive swimmer; she trained at the North Shore Swim Club for 7 years and competed at a national level (both open and age group) and also represented New Zealand. She was a Breaststroke specialist, and also very handy at other strokes.  Clow joined our team in 2014 and is teaching school and Kindy aged swimmers.

Outside of Swim Teaching you may see Clow out walking or running as she enjoys keeping fit. Clow is currently studying, and when completed she would like to work in the hospitality industry. 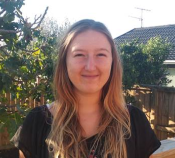 Lauren has been teaching for just over a year at Mairangi Swim School. She is currently in the process of completing her AUSTSwim teaching qualification. Lauren teaches a range of ages from baby classes to school age children.

As well as swimming, Lauren also has teaching experience teaching dance to teenagers. She strongly believes that swimming is an essential, lifesaving skill and loves working with children and watching them progress each week.

Lauren enjoys surfing and playing in the ocean in her spare time and is currently studying to become an art teacher. 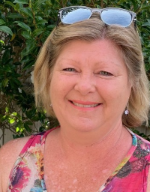 Shellee joined our office in March 2013.  Shellee is a real 'people person' and loves small children, so working at the Swim School is a perfect role for her.

Shellee lives in the Bays with her husband and 2 daughters. Both daughters learned to swim at Mairangi Swim School from the Baby/Toddler classes right through to the end of the School Program. They are now competitive synchronised swimmers with her eldest daughter now coaching.

Shellee spends her spare time doing Pilates and out walking, either locally or up North while staying in the family caravan.

Philippa learnt to swim as a four year old and swam competitively and played waterpolo through her teens. Philippa competed at a national age group level and specialised in Breaststroke. Philippa wants to help children learn to swim so that they can enjoy the water as much as she did growing up. Philippa joined us in 2014 and teaches Babies, Kindy, School Aged and Adult Classes.

Philippa has two sons, and before they were born she was completing her Bachelor of Leisure Studies and worked for 11 years' in the Travel and Tourism industry and as a Customer Services Manager both in NZ and in the UK. 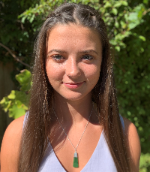 Tiana has been teaching at Mairangi Swim School for 3 years and loves the rewarding feeling that comes with helping students of all ages become more confident in the water and be better swimmers.

Tiana teaches a range of ages including pre-schoolers, school age children, teenagers and adults. Tiana has also taught Beach Education and City Nippers which are Surf Life Saving programs designed to educate children how to stay safe at the beach as well as water safety skills.

Tiana used to be a competitive swimmer when she was younger and continues to train a couple of mornings a week. Tiana currently competes for Mairangi Bay Surf Club so you will often find her down at the beach. When Tiana is not teaching or training, she is studying to become an Optometrist at the University of Auckland. 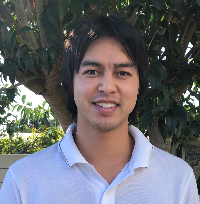 Cameron has been teaching at Mairangi Swim School for 5 years and enjoys seeing the kids learning while having fun during his lessons. Cameron teaches all abilities of school aged children.

When Cameron was at school, he used to swim and play water polo competitively. In his spare time, Cameron enjoys playing lots of sports and taking the boat out with his family. Cameron is currently working full time as a civil engineer and teaches part time at Mairangi Swim School. 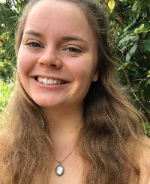 Rachel has been teaching children and adults how to swim for over 3 years. She loves being able to pass on her knowledge and watch her students grow to become more confident in the water.

Rachel was a competitive swimmer for 7 years and competed at a national level - swimming has always been Rachel's passion. Rachel is currently in the process of completing her AUSTSwim; swim teacher qualification. Rachel is a trained holiday program instructor and is currently training to teach art.

When Rachel is not teaching, you will find her studying for a bachelor in Data Science and Finance. Rachel still loves to swim in her spare time and enjoys keeping fit. She also enjoys taking care of her family's rabbits and bird! 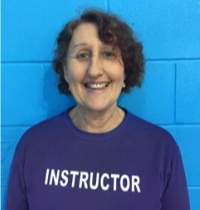 Growing up in Fiji, Fiona learnt to swim before she was three and has been in and around water her whole life. Joining Mairangi Swim School in early 2019, she is a strong advocate for water safety and is passionate about our Learn to Swim program. Fiona says her favourite part is always the moment a toddler or child swims all on their own for the very first time!

When she's not in the pool, Fiona loves long walks with the dog on her local beach, planning her next travel escape, and lazy Sunday's spent with family and friends.